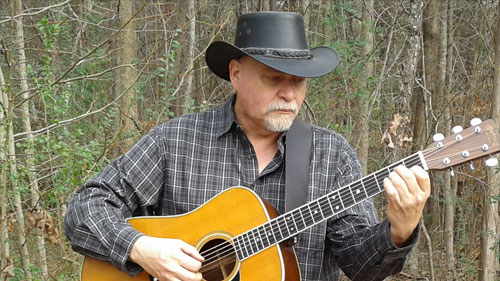 Singer songwriter Mitch Hayes tells us about the inspiration for his song “All Fall Down” which comes from his latest album “Heroes”. Here is the story:

I suppose this song had it’s true beginning back in the 60’s. The seed was sewn then, that’s for certain. America was in the height of the Civil Rights movement while at the same time, our government and the military were escalating our involvement in the war in Vietnam. Social injustice was rampant, and we were embroiled in a war we had no business being a part of. As a young man coming of age during those turbulent years, I was infuriated by all that was going on. Then something wonderful began to happen. Up north in Greenwich Village and out west in Height Ashbury, a movement had begun, a movement of young people raising their collective voice and shouting out against racism, war and injustice.

This movement, known then as the Counterculture or the Hippie movement, was sweeping across America like a plague of locusts. Of course, I was caught up in it and began to raise my own voice. I gravitated to the anti-war and protest music of the singer/songwriters of the day, artists like Bob Dylan, Neil Young, Paul Simon, Cat Stephens. Their songs spoke to the heart, to the soul. They weren’t writing the same old worn out pop songs, they wrote songs that spoke to a higher purpose. Yes, they wrote about other issues, but in the end, they were writing about the stuff of life, the stuff that mattered. Their music struck such a strong chord within me that I began to learn to play the guitar and sing those same songs in coffeehouses, festivals, everywhere I would go. Not long after that, I discovered I had a gift and began writing songs of my own.

Ok, back to “All Fall Down.” My writing today continues to be influenced by those classic singer/songwriters. I am mostly inspired to write, by real life experiences, my own as well as those I witness in the lives of others. I never know when this inspiration is going to hit me. It can be something personal, something that happens to a friend or family member, or a story I see in the news. Case in point, I wrote “All Fall Down” after watching the news one morning. On this particular morning, the lead story was about the Keith Scott shooting in Charlotte. This was just the latest in what seemed to be a never-ending chain of racially charged shootings. But that wasn’t all.
There was story after story about violence and social injustice, armed conflict, not just the military but street thugs and robbers gunning down innocent victims, and yes even policemen doing the same. Such senseless and needless hatred and cruelty, one human being to another has no place in a modern society. Race, religion, politics, gender and sexual preference should never be fuel for such insanity. Yet, sadly, these days it seems they are just that. Filled with anger and a sense of sadness and grief over a society where this kind of behavior could go on seemingly unchecked, I just had to speak out. So, I did what I do, I wrote a song about it, and “All Fall Down” was born. In 2016, I released the following video for the song, produced by Wes Cobb, WestArtVideo, Charlotte, NC. (watch here). It went viral with 17,000 views on Facebook and just under 5,000 views on YouTube. Hope you like it.

Hearing is believing. Now that you know the story behind the song, listen for yourself and learn more about the album right here!