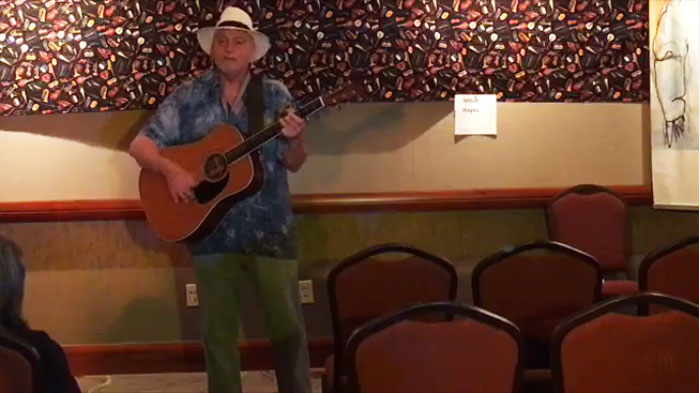 If you’ve ever played a sport, like Baseball, Tennis, Golf, whatever or played games of intellect, like Chess, you will get this point. You only get better by playing with and learning from people who are better than you. Well, for the past 4 days I was doing just that.

SERFA 2019 was simply an amazing experience! I spent the time meeting, chatting with, jamming with, listening to the songs and stories of some of the most talented songwriters and singers I have ever had the pleasure to meet.

Now, SERFA is NOT a competition, but the principle still applies. I’m fairly confident in my abilities as a writer and singer, somewhat as a player, but I found out just how much more I need to learn, in order to grow and get better at my craft. This was not a bad thing, but rather a joyful experience. 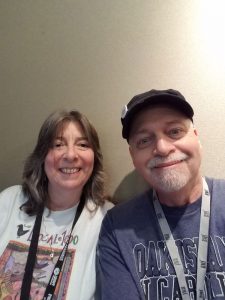 It would be impossible to list all the wonderful artists, promoters, talent developers, etc., that I met and had the joy of talking to, sharing a meal with, and certainly playing and singing with, during the conference, I enjoyed them all.

Now, when Matt told me I needed to join Folk Alliance International and that I needed to attend our regional conference, I was at first not sure what benefit I would derive from this.

HA! Boy, was I ignorant!

“But I do more Americana, Country, Alt-Country, and even some Classic Rock, in my shows,” I insisted at the time.

What I experienced this past week was life-changing for me. I was humbled and amazed and came away with a new appreciation for what I need to work on to be better as an artist and to more fully connect with my audience, with real people who just want to have their heart and soul bask in the warmth of good, well thought out, well-crafted music. That’s why most of us go out to listen to live music and why singer-songwriters are such an integral part of that scene.

I’m a lifer, now. I’ll be spending more time bettering my craft and exposing myself to like-minded artists, in the future.

That’s enough for Part One, more to come as Erin and I scoot around Dallas, Ft. Worth and Austin over the next couple of weeks.

Ciao! See you at a show, soon.